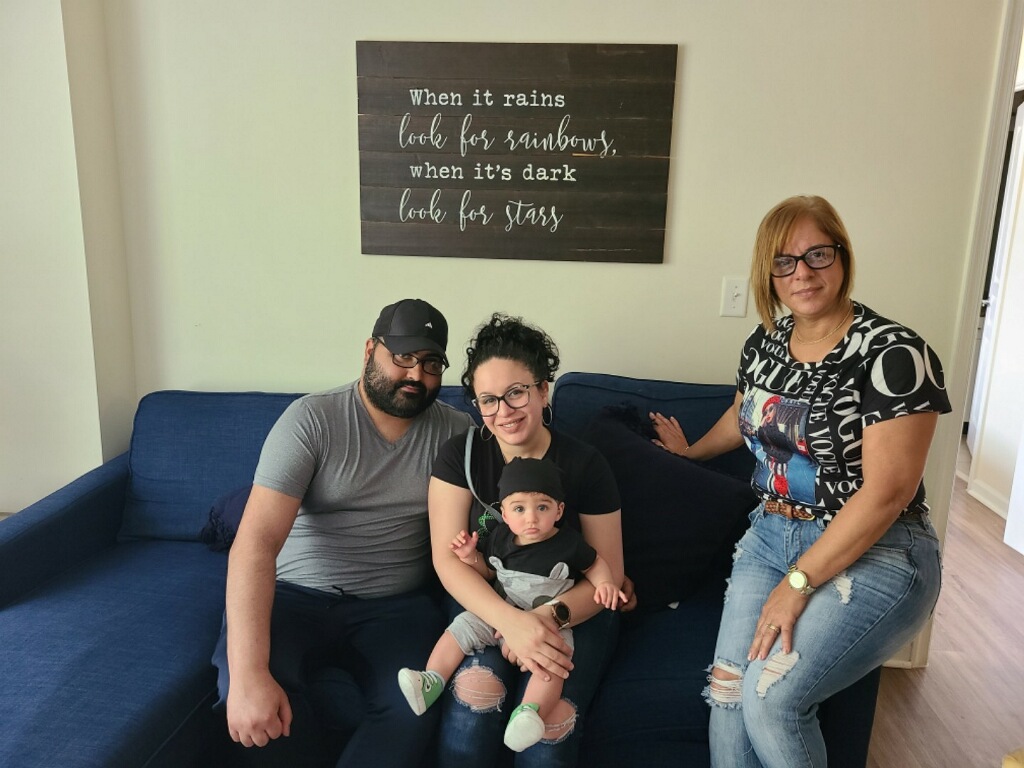 December 22, 2021, began like any other day for Angelica, a military spouse and mother to a brand-new baby boy. She was preparing to celebrate their first holiday as a family of three when she received a call from her husband Dennis, who was deployed in Romania.

Dennis had suffered seizures and was being transferred to Germany for further examination. After several tests and scans, the doctors found a mass on his brain and immediately transferred him to Walter Reed National Military Medical Center (Walter Reed) in Bethesda, Maryland. Angelica dropped everything to be by his side, leaving her home, family and job behind in Texas.

Angelica boarded what felt like the longest flight of her life with her three-month-old son and her mother to meet Dennis in Maryland. At Walter Reed, Dennis underwent several scans, tests, and other invasive tests. During his hours-long brain surgery, the doctors removed 80% of the tumor, but unfortunately, his diagnosis was cancer. His treatment plan, including radiation and chemotherapy, is ongoing. Angelica found herself in the daunting role of caregiver in addition to military spouse and new mother. She had to navigate Dennis’ treatment schedule and try to find resources and organizations to help her family. While the military supports service members, its resources for family caregivers leave gaps that must be filled.

Angelica worked tirelessly to find help for both her husband and her family, as she was faced with the reality that their family would be in Bethesda for the foreseeable future. She knew she needed to find transportation for her family as well as a place where they could be together during Dennis’s treatment at Walter Reed.

Angelica’s case manager at Walter Reed introduced her to Yellow Ribbon Fund, a national nonprofit offering support and resources from hospital to hometown. Through Yellow Ribbon Fund’s Crossroads Program, Angelica received the use of a free car from a relationship that Yellow Ribbon Fund has with Fitz Auto that helps families such as Angelica’s with their transportation needs, especially bringing Dennis back and forth from the hospital. Finally, in May, after living apart from her son,

Angelica’s family moved into a fully furnished apartment provided by Yellow Ribbon Fund, where she and Dennis spend

valuable time doing things they love, like playing with their son and cooking together.

With 1.8 million veterans nationwide with some degree of disability, Dennis is not alone in his struggle, and neither is Angelica. There are 5.5 million military caregivers across the country. National nonprofits, such as Yellow Ribbon Fund, provide various programs and resources for families just like Angelica’s. When they return to Texas, Angelica will have a supportive group of caregivers and families ready to welcome and support them through the Yellow Ribbon Fund Keystone Program.

Yellow Ribbon Fund is a small nonprofit organization that provides urgent support to families like Dennis and Angelica’s and has supported more than 25,000 military families who have their own stories of injury and illness. Your family – or that of someone you know – could require this help one day, but it requires financial support.